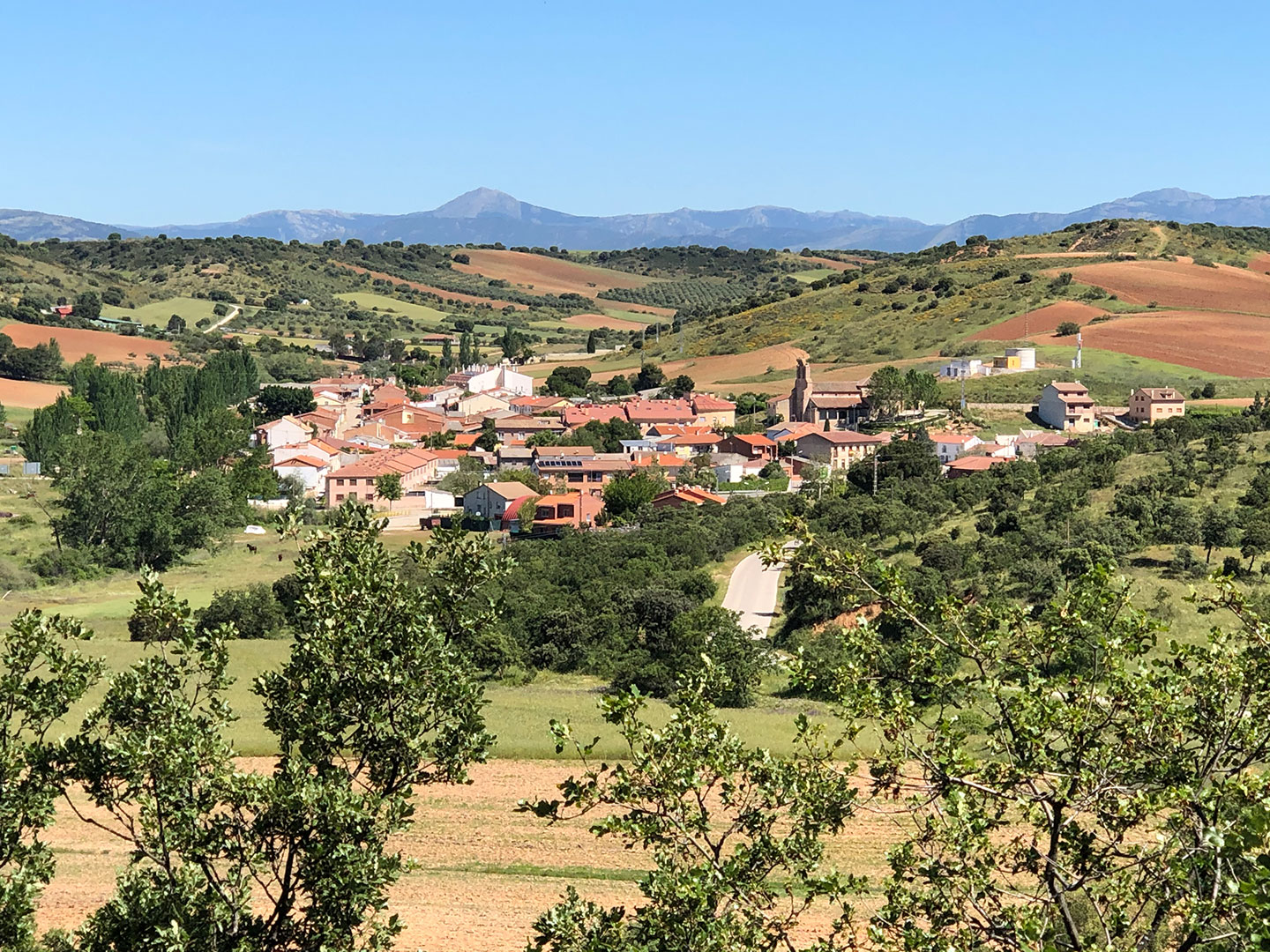 A village in the Castilian-La Mancha countryside.

Mesones is a village in the Campiña del Henares, and as such, its landscape presents the characteristics of this region. Regarding its vegetation, the holm oaks, rockrose, broom and rebollos stand out.

The human factor, in the case of Mesones, fundamentally linked to agricultural activities, has transformed the oak forest, and on certain occasions, has relegated it to the most inaccessible or steepest areas, being replaced instead by crops of cereals and land for pastoral use. Within the municipality of Casar the best preserved holm oak patches are found in the north and east of the Mesones nucleus.

Mesones was part, since the Reconquest, of the Common of Villa and Tierra de Uceda, an extensive region made up of 19 villages: Alpedrete, Cabanillas de la Sierra, Casa de Uceda, El Berrueco, El Cubillo de Uceda, Fuente el Fresno, Fuentelahiguera, Matarrubia, Mesones, Puebla de Valles, Redueña, Torrelaguna, Tortuero, Valdenuño Fernández, Valdepeñas, Valdesotos, Venturada, Villaseca de Uceda and Viñuelas. It first belonged, like all the villages in this territory, to the Crown of Castile and, from the beginning of the 13th century, it was part of the lordship of the archbishops of Toledo by donation of King Fernando III “the Holy.”

The territory of said ecclesiastical manor survived until, in 1575, King Felipe II tried to sell the town of Uceda and the rest of the villages to individuals, so the Community passed into the hands of Diego Mejía de Ovando, who became the first count of Uceda.

In 1593, Felipe II granted Mesones the consideration of a town. Of the newly created Villa de Mesones, their neighbors Francisco Auñón and Juan de Benito were appointed as the first ordinary mayors.

In 1812 the first Constitutional City Council arose, with the abolition of the stately institutions.

After the 18th century, the wars that hit the region and the proliferation of bandits ended up causing an irremediable and progressive demographic decrease. At the beginning of the century, this area was practically uninhabited, dedicated solely and exclusively to subsistence agriculture, being at that time one of the poorest areas in Spain.

Today, Mesones is a “neighborhood” in the nearby town of El Casar, on which it depends legally and economically.

As soon as you enter Mesones there is a public fountain, which once acted as a laundry and as a trough. It has an inscription in which you can read: “ISABEL 2.A. AÑO DE 1853” (Elizabeth II, Year 1853). 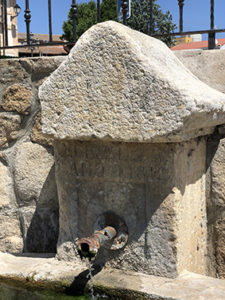 To the north of the hamlet and attached to the cemetery is the simple hermitage of the Virgen de la Soledad. It is a square building with an atrium on the south wall of the building and supported by two stone columns. On the capitals of the columns we can read an inscription that says: “ENERO 1952” (January 1952), the date on which it was restored.

Access to the interior of the hermitage is through a door in the shape of a stone arch and on this there is a ceramic plate with the inscription “HERMITA DE LA SOLEDAD” (Hermitage of the loneliness). Inside there is a carving of the Virgen de la Soledad with an altarpiece. 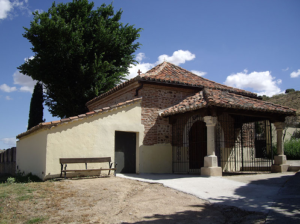 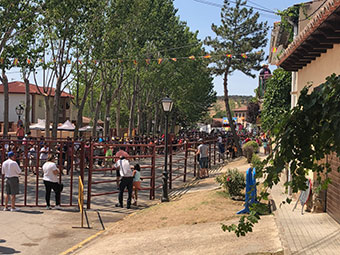 The Mesones patron saint festivities are held the third week of August. Among the events with the highest level of participation are the release of heifers and confinement for the elderly, the confinements of children and religious acts, specifically the procession of the kneeling Christ. 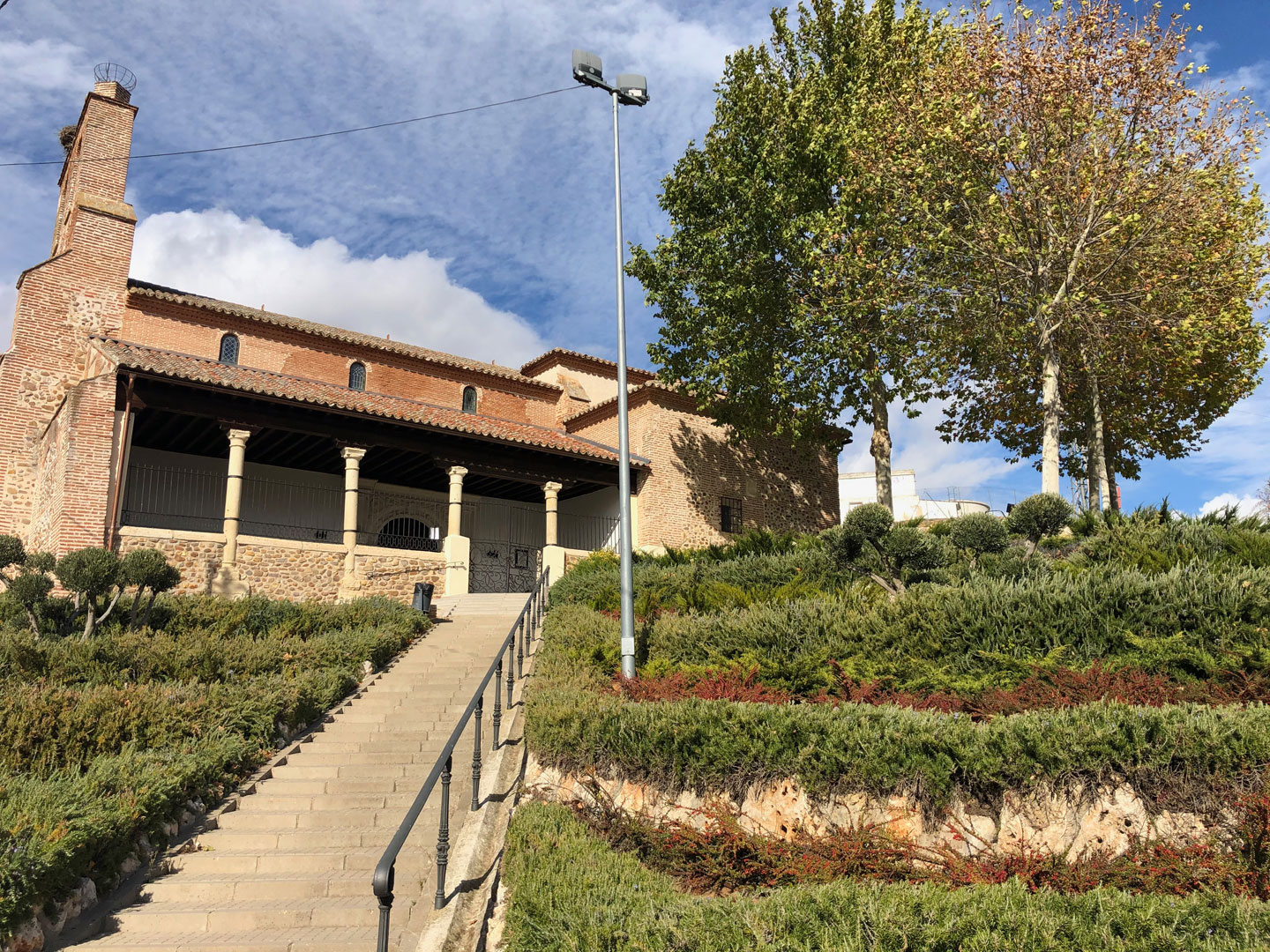 It consists of making walls with damp clay soil, compacted with blows with a ram, filling a formwork with different layers. Additives such as straw or horsehair are frequently incorporated into the soil, which provide greater stability.

This technique was used by the Romans in the construction of their walls, characterized by their hardness and stability. 2000 years ago, its use was very common in China, something notorious as evidence of the Great Wall, built largely of mud. Another example is also the Alhambra in Granada. And it is that the tapial was also a technique widely used in the past throughout the Mediterranean Sea basin.

Some of the advantages of brick construction are the following: